This document will be published for use as a manual for the uBITX Firmware CEC Version 1.073 Beta release. Version 1.073 will be released within a day or two as testing ends. (You can download it from github and use it, but it can be modified.) 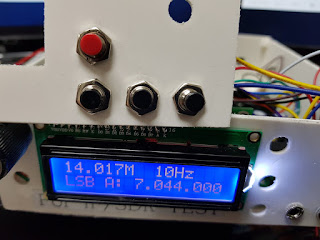 
1.Preparations for adding function switchs
You need 4 switchs and 4 different types of resistors.
resistors does not matter anything around you.
However, the difference between the four resistor values is better. 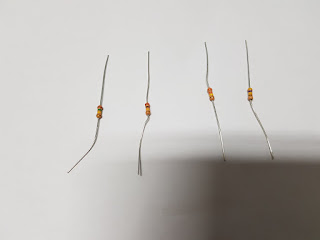 2.Connecting wires to the Function switch
Your encoder (Knob) will probably have a red line and a yellow line connected.
It is 4th pin and 5th pin based on radiono. 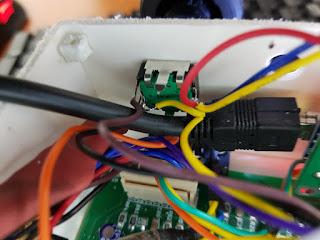 Now, when you press the function switch, the red line is connected to GND (yellow line).

3.Switch and resistor connection
For ease of viewing, I soldered the resistors in the air. 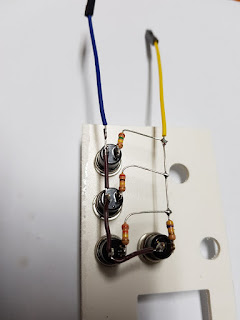 Connect the line from the switch to the Function key in parallel.

4.Setting the switch to ubitx
Now you need to save the switch information you created in uBITX. 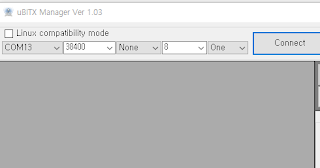 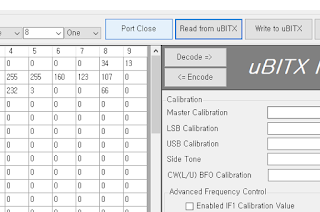 'Decode =>' -> Scroll down
You will see a screen that manages the 'Extended Key' as shown below.

It will probably have a value of about 254.
This is the ADC value of A6 to which function key is connected divided by 4.
The reason for dividing by 4 is to reduce the usage of EEProm.

You should now measure the value when you press the button.

Click 'Read ADC' while holding the switch to be used as 'Select Mode'.

Try one or two more.


Enter the measured value into the 'Mode' value on the left.

I connected the 470k resistor to the 'Select Mode' switch, so the ADC result was 235.
I set the range to -1 to +1 to prevent the switch from malfunctioning.

The values vary depending on the resistance you have used, the state of the switch, and the length of the cable.


In this way, enter values for the 'Band Up', 'Band Down' and 'Tune Step' switch.

If the switch is not fixed, it will be difficult to click on the 'Read ADC' while holding down the switch.

In this case, select '5 Sec Delay' and click 'Read ADC' button.
Then count down the ADC for 5 seconds as shown below.

Below is a video taken when I write this article.