I implemented FT8 signal decoding on the STM32F746G-Disc board for Expermental. 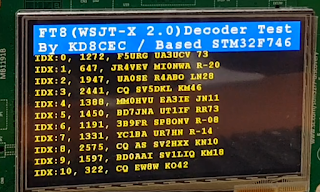 I want to test whether Cortex-M based FT8 communication is possible. I used Wsjt-x 2.0 and some source code to enable FT8 decoding on the Cortex-M7 base.


I received the FT8 signal directly to the microphones (mems) on the STM32F746G-Disc board.

1.Implementation and experiment preparation
I have used web sdr for the experiment and can do real time testing.
http://websdr.ewi.utwente.nl:8901/ 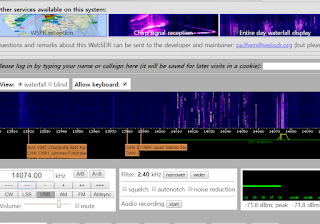 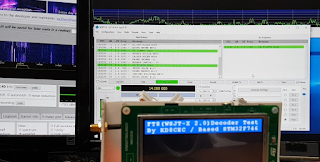 The red square in the picture below is the microphone for receiving the FT8 signal. 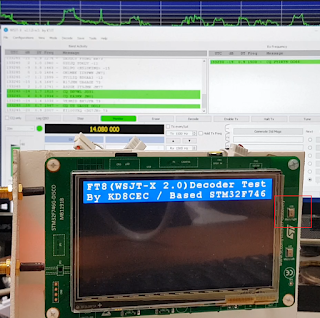 First Decoding :
Compared to Wsjt-x 2.0, decoding is delayed about 2 seconds. 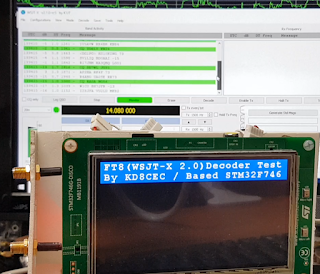 Cortex-M was decoded about 2 seconds later. 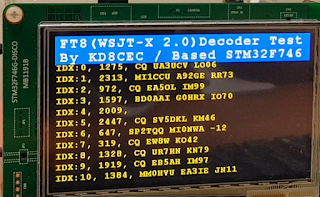 3.conclusion
Several improvements have been made to the Cortex-M, but it is still difficult to use.
If 2 seconds are delayed, the next signal transmission has already begun.

But I will not solve this problem with Overclock. I will keep the CPU speed below 216Mhz for stability.

The part that needs the most time to decode the FT8 protocol is the FFT processing part.

I modified the Bitrate to slightly reduce the FFT Size while maintaining 6.25Hz. I also modified the Kiss-FFT library to work with Cortex-M.

I am going to make a few more improvements to fit Cortex-M. As a result of the improvement, if it is available in Cortex-M, I will make it public.

Thank you for reading