uBITX firmware CEC Version is based on uBITX which has not modified anything. Prior to deployment, the 16x02 LCD with built-in is tested first. Nextion LCD, TJC LCD, 20x04 LCD and I2C LCD are not essential for using uBITX Firmware CEC version.
In order to view signals with Character LCD or Nextion LCD, Signal Meter Sensor must be installed. Of course, CEC Firmware operates normally even if S-meter sensor is not installed. 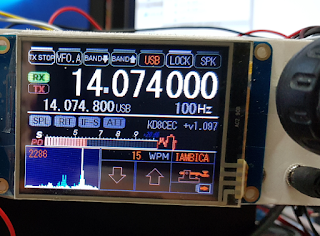 Standalone Signal Analyzer changed from Version 0.5 to 0.7
If SSA (Standalone Signal Analyzer)'s default mode is set to Spectrum, Spectrum will be displayed on the screen as soon as power is turned on.
At this time, there was a problem that the amount of data transmitted from uBITX to Nextion LCD exceeded the default buffer of SSA. SSA 0.7 solved this problem by activating the Spectrum function after waiting for about 2 seconds after starting up. 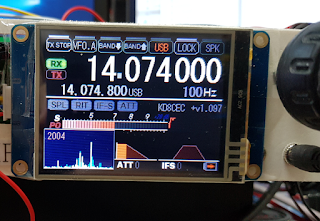 
The link below contains installation instructions and basic usage, so this post will briefly explain the changes.
http://www.hamskey.com/2018/06/ubitx-with-nextion-lcd-cec-firmware.html 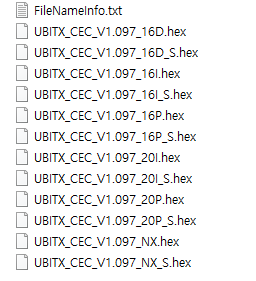 Nextion LCD GUI Template file for Developer, The Template file is a blank screen that only communicates with uBITX.
https://drive.google.com/open?id=1k39IvfLt1uwyqB8cZdBC4FlM7ZQZb-xA

Since uBITX firmware source files will continue to change, we will push to github when the beta period ends. 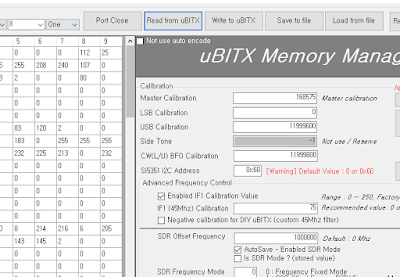 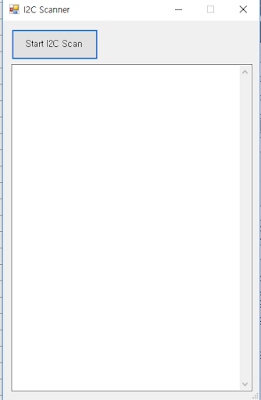 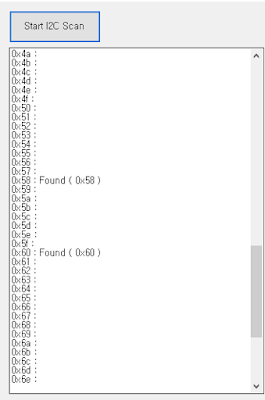 3.4 Recovery using QR-Code Data from Server
This part will be posted separately.

3.5 Si5351 I2C address can be changed
You should not use it in general. If your I2C address is not 0x60, you can modify it here.
You do not need to use it if your uBITX is working normally 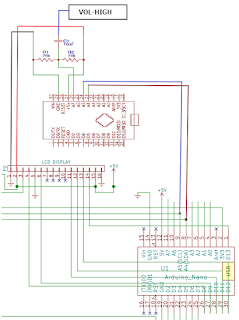 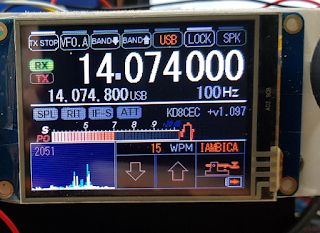 3.7 Nextion LCD and TJC LCD can display Spectrum and CW Decode.
To use this feature, you must use the Standalone Signal Analyzer. 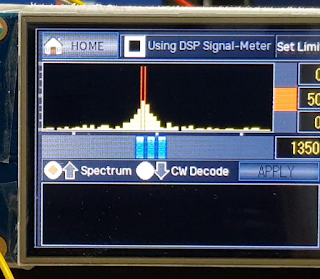 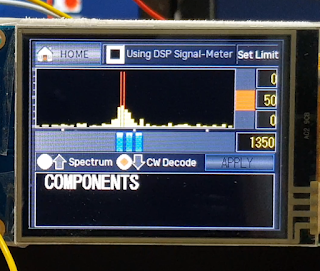 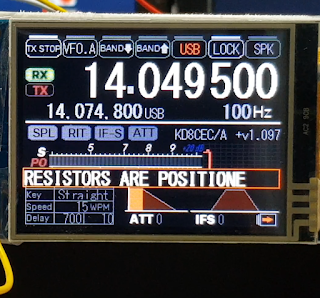 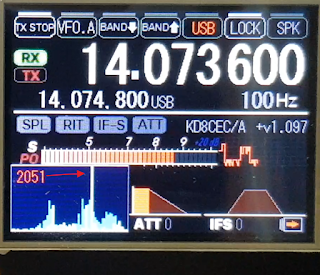 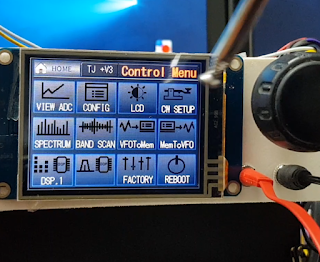 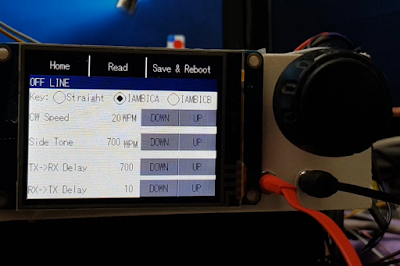 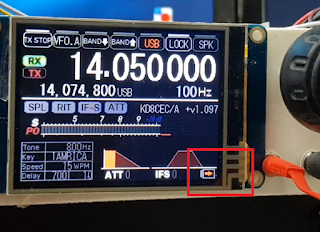 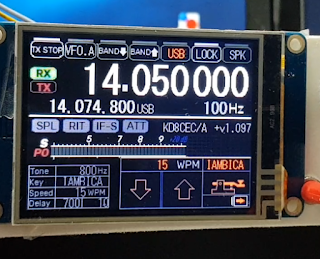 3.10 UBITX source code modification for developers
It was an idea from the bitx group two or three months ago.
I have added an option to deactivate each function in the source code.


This version is probably the last version of the beta version.
I am going to fix the bug and redistribute it to Version 1.1 if the problem does not occur.
I am always thankful to developers who are developing at different resolutions of Nextion and TJC.

April 02, 2019
Release CEC Firmware v1.200 for uBITX All Version (include v2, v3, v4, v5) I did the firmware work for v5 when uBITX V5 was released, but I release it now. I received the feedback from a thankful beta tester and tested it myself by converting my uBITX v3 to v5 but I was not sure. I ordered the uBITX V5 and delivered the correct uBITX V5, so I made a little more fine-tuning. If you use V2, V3, V4, you do not need to update this firmware.
43 comments
Read more

June 24, 2019
Release EU1KY AA Firmware CEC Version 1.01 and 1.0a It is the stabilized final version of EU1KY AA. Updates starting with Version 0.1 continue to add features. Please refer to the link below for added features. I have separated the Version to 1.01 and 1.0A for users who want to use AA only for instrumentation purposes. *  If you want to use all the features added up to Version 0.71, please use Version 1.0A. *  If you want to use it only for instrument use, please use Version 1.01 Version V1.0A Version V1.01 1.Download Firmware Version 1.01 and 1.0a https://github.com/phdlee/antennaanalyzer/releases Version 1.01 (Version with only antenna analyzer function) https://github.com/phdlee/antennaanalyzer/releases/download/v1.01/AA_CEC_V1.01.zip Version 1.0A (Version with all features added up to Version 0.71) https://github.com/phdlee/antennaanalyzer/releases/download/v1.01/AA_CEC_V1.0A.zip ConvertRXP (Converters for using AA measurement data in other tool
32 comments
Read more